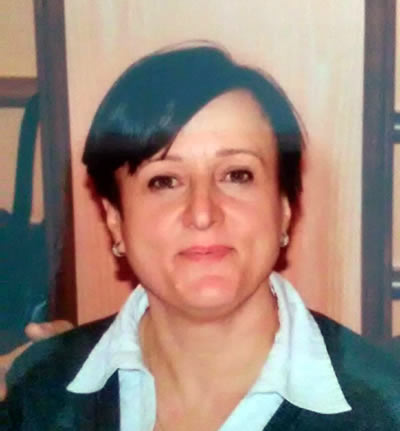 My name is Rita Battista, I am 53 years old and live in San Salvo.

Since I was a girl attending Catholic church sporadically, I understood that something was wrong. There was too much confusion and inconsistencies: first the “creed” is said where he says that there is only one God, and immediately afterwards he offers worship to all the saints, encouraging the faithful to prostrate themselves in front of the statues that represent them.

I was very confused and did not know what to do if to follow religion or not. After the birth of my two children and after baptizing them as children, I made the decision not to attend church anymore, except when there were weddings or funerals. In my heart I always had the desire to know who God really was. I wanted to know and know the truth, the one with a capital V.

So when Jehovah’s Witnesses showed up at the door, I brought them in and started attending their meetings with my boys, until my husband warned me about them because they really didn’t preach Bible truths, but what the governing body forced them to preach. For the umpteenth time, everything collapsed on me and I felt frustrated and disappointed.

At that time, my husband trained a team, where he had met people who talked about Jesus and I had the opportunity to get to know the church pastor, Giovanni Greco. From my bad experiences I no longer trusted anyone, but I wanted to ask questions, the ones that were closest to my heart and that the TDGs had sent me distorted. I spoke to him and asked him to explain to me what the words of John’s Gospel meant, especially chapter 1 the first verses. The words and explanations were truly comprehensive, so much that they deeply touched my heart.

Thus, I began to attend their meetings, where only the Word of God, the Bible, was read. Slowly I began to understand the message of salvation, I understood the importance of accepting Jesus as Savior and Lord of my life, but I did not understand that I was in the middle of a spiritual battle and so I thought, wrongly, to postpone my choice to follow Christ. I thought in my heart that I would have had so much time to make such an important choice.

In the meantime, my son Angelo continued to attend the Galed Evangelical church in Vasto, growing in faith and knowledge of the Word of God. Until the day after accepting Christ into his life, he understood the importance of baptism by immersion, and he was baptized.

Until after a few years, a difficult situation arose in the family. I didn’t know what to do I was in crisis for the umpteenth time. One of the people who was close to me at the time was my son Angelo. So I talked to him about the moment I was going through and he was very close to me with great comfort. I remember that we prayed together and he told me to surrender to Christ, that only in him was salvation and that I could count on his help. I remember that I often prayed for that situation, I didn’t know what to do, how to deal with all this, and she was very exhausted and tired.

Then by the grace of God, I realized that I was unable to cope with all my problems on my own. So in prayer, I asked for forgiveness and help from the Lord. The verse of Matthew 11:28 was comforting and I surrendered to His great love, to His sacrifice also made for me, which for years I had deliberately ignored.

Now I am finally free and grateful to God for all that He has done for me. Now I live with joy in my heart, although I still have to go through difficult moments, pains and great trials, but unlike before, now I have my Lord Jesus at my side who is always ready to support me and I can have His strength and your support every day of my life and in every situation.
God bless you!